The logic and scope of economic models: Towards an explanation of the Moroccan model Professor Fouzi Mourji was one of the organizers of this symposium in which Patrick Guillaumont and Sylviane Guillaumont Jeanneney participated.

The Faculty of Law, Economic and Social Sciences AïnChock of Hassan II University - Casablanca hosted the conference The Logics and Scope of Economic Models on 22 and 23 March 2018, under the High Patronage of His Majesty the King Mohamed VI.

Fouzi Mourji, professor at Hassan II University, Senior Fellow at FERDI, was one of the organizers of this symposium in which Patrick Guillaumont and Sylviane Guillaumont Jeanneney participated.

The conference dealt with many subjects related to the Moroccan economy.

By analyzing the various tests provided in support of the middle income trap hypothesis and by doing other tests that aimed to detect whether the growth of a country over a long period shows a breathlessness once passed a certain income threshold, Patrick Guillaumont notes that there is not rigorously a middle income trap, but risks specific to each stage of development and increasingly dependent on the own choice of each country.

For Morocco, for example, the growth slowdowns perceived over the past 50 years may correspond to the global economic situation or other factors specific to Morocco, but are not necessarily a middle income trap.

This result suggests that there is no reason to not differentiate the application of certain international measures according to membership of a certain income category. The importance of these measures must be significantly decreasing as income levels increase, but they  must also take into account the vulnerability factors that specifically affect countries.

In the last decade, we have witnessed a major financial crisis that had impact on the real sphere of the economy and resulted in a serious and extensive economic recession.This crisis has given rise to a profound reflection on the suitability of the economic models adopted in the countries affected. It has thus revived debates on the issues such as sustainability of growth and development, and it has put the question of the distribution of wealth back on the table. Authors like Piketty, for example, have shown the worsening inequalities in both industrialized and richer countries.

The questioning of the patterns in which economies operate can be also justified by political issues, but it is mainly legitimized by persistent social imbalances, which the crisis has only exacerbated. Nowadays, in the case of developing countries like Morocco, the issue of inequality is more systemic because of its long-term consequences. Objectives

In this context, the Faculty of Law, Economic and Social Sciences Ain Chock of Hassan II University has organized the symposium, with objectives to nourish the public debate in Morocco and to contribute to the understanding of the mechanisms according to which public policies end up as the diagnosis mentioned above. With the interventions and the debates during this symposium, the Faculty aimed to supply the decision-makers with useful benchmarks for the strategies that they establish.

A "policyoriented" conference with the aim of addressing: 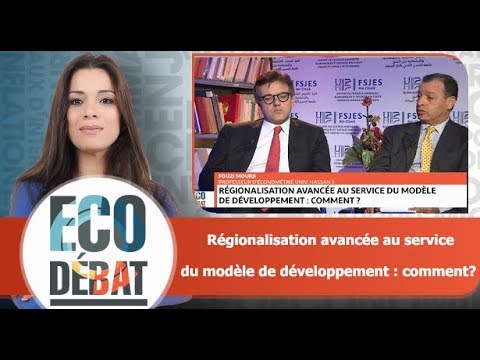